Home » » Reggie The Security Cat » My first post ! by Reggie of the Cat Hotel

Good Day to you all.

My name is Reginald Royal the 3rd.

I was watching a documentary the other night, my staff left the Telly on for me, about the Dhali Lhama. Oh my heavens, the man and I are kindred spirits. What little colloquialism do the common people use ? Oh yes, he is my brother from another Mother. I can’t believe how alike our beginnings were. I’m not sure he is living up to the greatness that I myself have achieved, but none the less our path to discovering our destiny wound the same way. I have always gone by the title Reginald Royal the 3rd. Taking inspiration from the Dhali Lama who while not being initially born into greatness was most definitely destined for it, I am going to admit the truth, I am not the 3rd, I am the 1st.

I was embarrassed by my somewhat humble beginnings, my mother was barely a teenager who had my sister and I way too early. I never knew my father, he ran out on my Mother before I was even born. The Cad! When I was four weeks old my mother, struggling to cope with us,  made the difficult but completely selfless decision to allow others to raise my sister and I. I believe she in her uneducated and gutteral naïveté still knew I was special. It was at that point that destiny corrected the little mistake that the cosmos has made and returned me to my castle, The Royal pets Hotel and Spa. dedicated cat hotel. Just like the Dhali Lhama who was physically born to others but was meant for great leadership, so too was I.

Initially my “pose” (forgive me but I do so love a little peasant humor), was made up of 8 young nannies. Well actually 7 young and one not so young one, but She’s very sensitive about that so I humour her. As I have matured I should really have reduced my staff of nannies and aquired a man servant, butler, driver etc. , but the joy of being the chosen one is that I don’t have to always answer to protocol. I can change the rules as I like. As a reward and act of kindness for these young ladies who cared for me a s a kitten, I let them remain as part of my team of caregivers. They still continue to think of themselves as my collective Nanny but in reality they have assumed the various roles needed by someone of my standing and importance.

Talis has developed into an excellent personal Valet and Butler overseeing my wellbeing. Londii makes an excellent housekeeper acting as head of house. She keeps all the young parlour maids and chamber girls moving, Shannon, Cassie C., Halle, Laura, Frankie and Cassie with the help of my young footman Max really do quite a grand job of ensuring things are tip top for me. 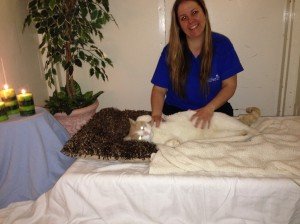 I musn’t forget the land steward and grounds men. I’m not terribly certain what Jenn and Dave do, but I’ve been advised I should be thankful none the less.

The only vacancy that currently exits is that of personal Driver. I have been looking and conducting auditions regularly. Those of you who have visited the hotel may have spotted me inspecting possible chariots. The position is still vacant so when here you may just be graced with my visiting your car.

Well I believe this should help establish the past, while future writings will be more about my day to day activities and observations about life.

Cheerio from Reginald Royal of the best cat hotel…ever !!